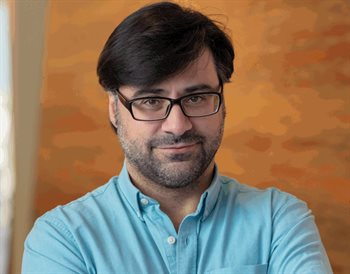 Michail has joined Aston Business School in 2010 and is currently a Senior Lecturer in Economics and Programme Director for the BSc Mathematics with Economics and the BSc Business and Mathematics Joint Honours degrees of the Economics, Finance and Entrepreneurship department. He is a Fellow of the Lloyds Banking Group Centre for Business Prosperity.

An economist and computer scientist by training his research has been predominantly in the areas of applied macroeconometrics and financial econometrics where he publishes in leading and high visibility international journals although he also enjoys experimenting with more cross-disciplinary topics. His works on non-linear dynamic modelling are well-cited in the academic literature and his recent investigation on the impact of Brexit on the UK inward investment has attracted a lot of attention from the general public.

Michail has led successfully the £187,243 Knowledge Transfer Partnership (KTP) with the leading Big Data provider, Majestic, the outcome of which, apart from several awards, was evaluated 'Outstanding' by Innovate UK.

He is a Fellow of the Higher Education Academy and is currently the module leader for BS1159 International Business Environment and BFM117 Trading Techniques.

Having led successfully several PhD students to completion, he welcomes potential PhD candidates who are interested in his areas of expertise but also from other areas as long as they can demonstrate willingness and capacity to learn and work with state of the art quantitative methods.

BrExit and foreign investment in the UK

Structural Changes and the Role of Monetary Aggregates in the UK

Monetary policy preferences of the EMU and the UK

Factors affecting the quality of joint patents in China

File
Your message has successfully been sent.
Your message was not sent due to an error.
If you made any changes in Pure these will be visible here soon.