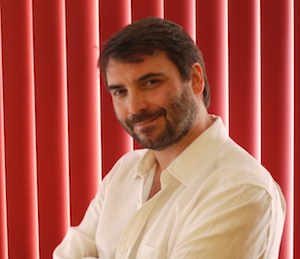 Born in 1964, Tim had a brief career as a telecommunications engineer with British Telecom, then graduated from the University of Newcastle-Upon-Tyne in 1989 with a first-class joint honours degree in Computer Science and Psychology. He studied for a PhD under the supervision of Mark Georgeson at the University of Bristol and completed his thesis entitled 'Feature Coding in Human Pattern Vision' in 1993. He then worked as a Postdoctoral Research Fellow at the University of Birmingham for three years investigating optic flow and complex motion with Mike Harris. He took up an appointment at the Department of Vision Sciences as a Lecturer in 1996, was promoted to Senior Lecturer in 2003, Reader in 2008 and Professor in 2011 when he also became the director of Aston University's Centre for Vision and Hearing Research. Since then he became director of the Aston Laboratory for Immersive Virtual Environments (ALIVE) for which he and the lab received funding from HEFCE, The Wolfson Trust, The Eranda Foundation, The Cadbury Trust and the Eveson Trust. He has been on the executive committee of the AVA for over 20 years (Chairman from 2008-2012) and has been a regular organizer of the AVA Christmas Meeting since 1996. He is one of four chief editors for the journals Perception and i-Perception and has over 70 full publications. He has held funding from The Wellcome Trust, The Leverhulme Trust, BBSRC and EPSRC.

If you are looking for one of my papers and can't locate it, then do send me an email (t.s.meese@aston.ac.uk) marked REPRINT REQUEST. I will be happy to send you a pdf.

Chief Editor for the journals Perception and i-Perception

Member, Chairman and Vice-Chairman of the Applied Vision Association

The How and Why of Consciousness?

Contrast and lustre: a model that accounts for eleven different forms of contrast discrimination in binocular vision

Pattern integration in the normal and abnormal human visual system